I'm trying to run Nokia SDK 2.0 for Java on Wine to do some projects for J2ME. This software was only available in Windows, it installs fine in a clean wineprefix, however, there's a severe issue wich does not let me launch it and use the emulator
It doesn't detects the RMI from Java.

It requires to install atleast JDK 1.6, so i have version 1.6_45 installed on my prefix.
After openning the software, it opens up a popup saying:

And it just crashes after pressing ok.
The CMD tells after it crashes

I've tried to run rmiregistry from both Linux and Windows versions of Java into the 1099 port before opening the software, but that still doesn't work. Changing the port works neither. 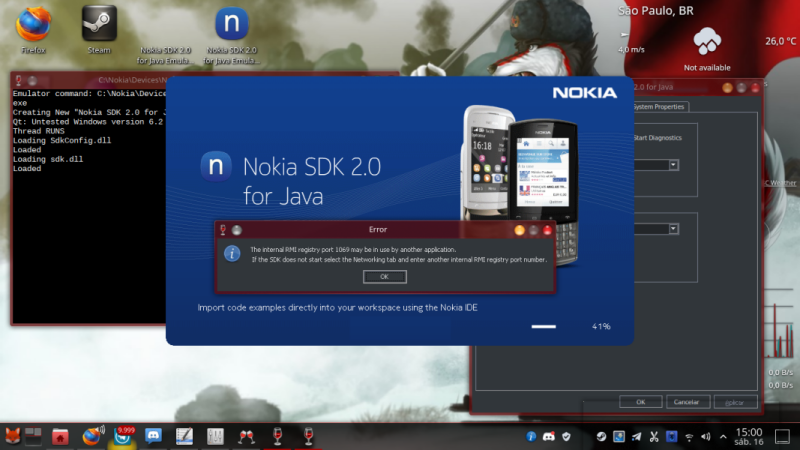 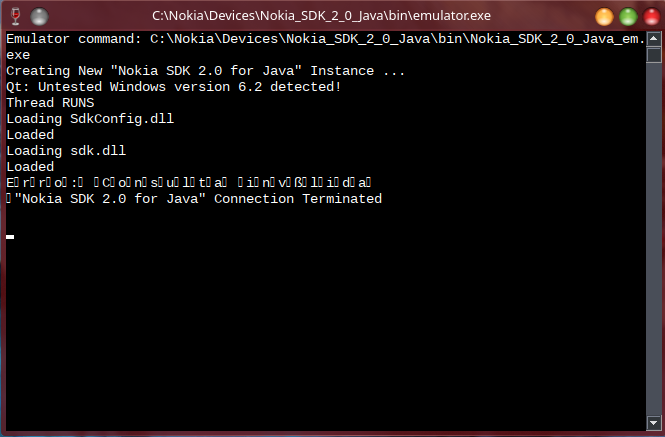 I tried to run it on Wine 6.16-Staging (Because that's the current version Arch's multilib repository is in) and Wine 6.19.
My operating system is Manjaro Linux 21.1.6
¿Is Wine compatible to Java RMI?
I would like to know another workaround for this to run it under Wine
Top

Re: Java RMI not detected by Nokia SDK 2.0